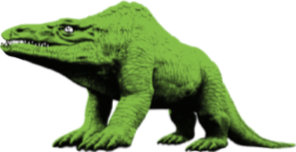 About our conservation work

Our primary mission is to improve the conservation and interpretation of the sculptures, geological illustrations and site in Crystal Palace Park.

The Crystal Palace Dinosaurs are world famous heritage assets. Dating from the 1850s, they are listed “Grade 1” on Historic England’s National Register of Heritage Monuments. This is their highest rating. Maintaining this display of over 30 large outdoor sculptures and numerous geological formations over several acres of land is an enormous task.

In 2020 they were also officially declared ‘At Risk’ by Historic England, making them the highest priority for conservation.

We collaborate with the local and historical authorities to get professional work done, engage volunteers, and do outreach on conservation in general.  The Dinosaurs are inspiring for everyone to see why historic conservation is needed and how it is done.

‘The Seven Deadly Agents of Destruction’

For conservation professionals, the Canadian Conservation Institute’s framework of ‘Ten Agents of Deterioration’ is a familiar and well-established way of describing risk factors to cultural heritage. We wanted to reach new audiences to give an intuitive sense why conservation is necessary and technically challenging.

This paper, written by FCPD Board members, describes our project translating this framework into a short animated film (below) about risks to outdoor sculpture, using the Crystal Palace Dinosaurs to deliver the message in an entertaining, yet accurate and enlightening way. The film is aimed at a broad audience of all ages, even kids.

We also wrote and performed a play about the sculptures’ need for conservation work that we performed on Dinosaur Island for a number of shows over several weekends.

Major conservation work over the whole site was last completed in 2003 by the Morton Partnership as part of a £3.6 million Park restoration programme headed by London Borough of Bromley, with contributions from the Heritage Lottery Fund and the Crystal Palace Partnership (SRB funding) scheme. This work involved repair and restoration. It also produced several reconstructions.

The conservation work in 2001-3 needed to be extensive and particular credit goes to geologist Professor Peter Doyle for his contributions. When work commenced most of the Geological Illustrations were unrecognisable. Six of the sculptures were missing, as was a large section of the former limestone cliff with a reconstructed lead mine that was blown up to allow for re-landscaping in the 1962 when the adjacent stadium was built. His paper on the site is an interesting read.

However, a decade later all the sculptures displayed visible deterioration when viewed up close, including cracks in their bodies, loss of toes, teeth and tails, shedding paint and vegetation taking root on and under their surfaces. In 2014, Friends of Crystal Palace Dinosaurs led experts from English Heritage (now Historic England) around the site to show them areas of key concern. Afterwards, English Heritage designated the site as “vulnerable” and “declining” in condition. This was our call to action.

In 2014 Bromley Council and the Mayor of London designated an overall £2.4 million for projects in Crystal Palace Park. A public consultation showed the Dinosaurs to be the people’s top choice. £400,000 was earmarked for Dinosaur-related work, including infrastructure, interpretation and conservation.

The first phase of conservation work on the standing iguanodon was completed in early 2016. Under the oversight of the Morton Partnership, Cliveden Conservation undertook emergency repairs to repair the famous sculpture. This model was chosen as it was in particularly poor condition with several large cracks though its body.

The second phase of work began in autumn 2016 and eight of the water-based sculptures had major conservation by Skillington Workshop. We made a film about this work (below). This project also included an overhaul of the leaking weir and new interpretation signs. Design of the signs was done by Objectif.

The Friends collated input from palaeontologists who were experts on the Crystal Palace taxa, to make sure the science on the signs is as current as possible. Similarly, we contacted historians for input on the benches where the human story of early palaeontology is highlighted.

The overhaul of the weir solved the water issues and opened the view to the mosasaur, but unfortunately resulted in removal of permanent access to the Islands. The Friends set about resolving this problem with our successful Bridge Campaign, supported by the public, businesses, the council and Historic England.

Funding has so far covered about 10% of the conservation work required. The remainder will be raised though continued fundraising.

Public pride and a sense of ownership for the sculptures is critical to provide the momentum for future maintenance of the ensemble. The Friends are working with Historic England, Bromley, Cliveden, Morton, Skillington Workshop, and both the UCL Institute of Archaeology and City and Guilds conservation programmes to offer a full set of conservation engagement activities.

In February 2020 Historic England announced that the Dinosaurs have officially been put on the ‘At Risk’ Register. By adding the Dinosaurs to the Heritage at Risk Register, Historic England and Bromley Council can focus on their repair and conservation with a fresh approach. The project to restore them will be led by Bromley Council as part of a major regeneration of Crystal Palace Park.

We also have help from many ‘project partners’ who help us reach wide audiences through talks, tours and films. We organised site visits during the work, film and photo documentation, and education units for schools (delivered through our collaboration with Emerald Ant).

Our blog features posts about details of the works, while our Facebook page and Twitter account will give topical updates. If you use our material in teaching and outreach, we’d love to hear about it. Stay with us throughout, share us with your friends, and give us your feedback!

‘Back to Life’ – conservators speak

The Friends worked with multi-award winning documentary film maker Tal Amiran to make a short video featuring conservation work done over the winter of 2016-17 on eight of the water-based sculptures. The conservators speak about their work, their feelings for the sculptures and the magical sense of the site.

This lovely Pathé video also shows restoration work taking place on the sculptures back in 1959, highlighting the continuing, long-term need for their care and conservation. 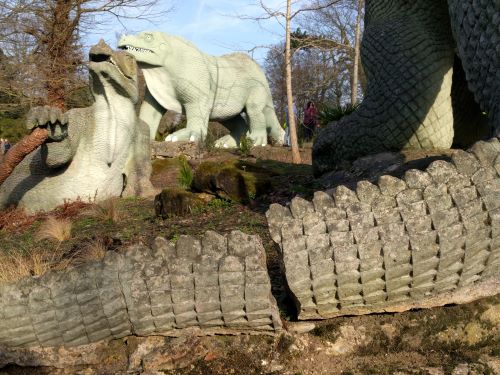 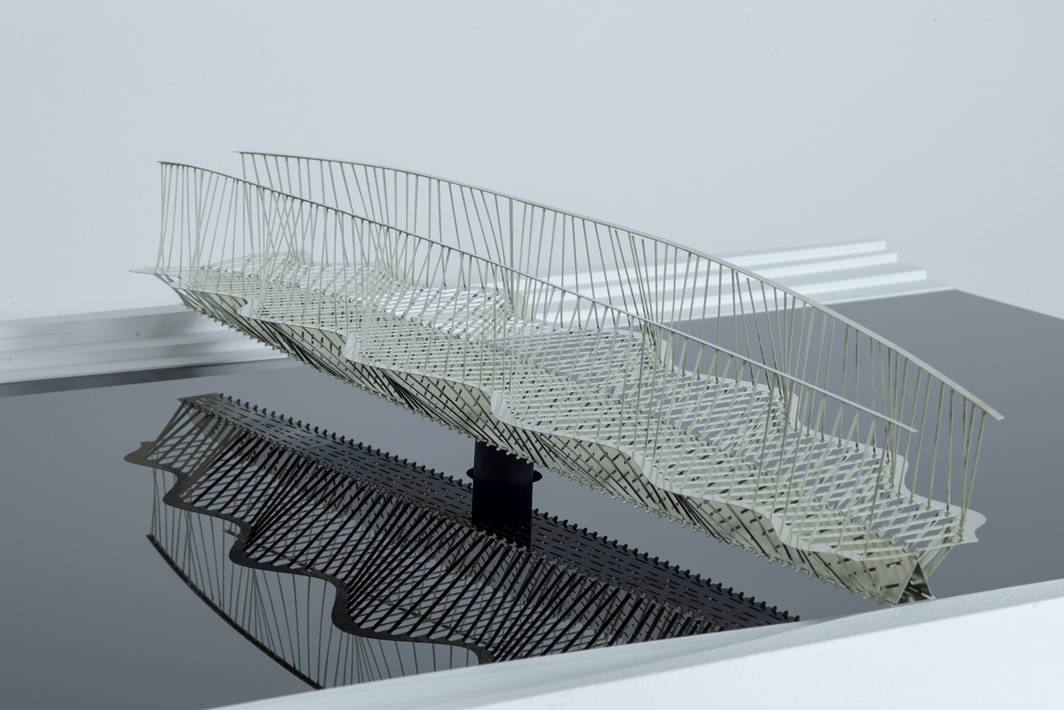 Public consultation on reinstating a bridge to the Dinosaurs